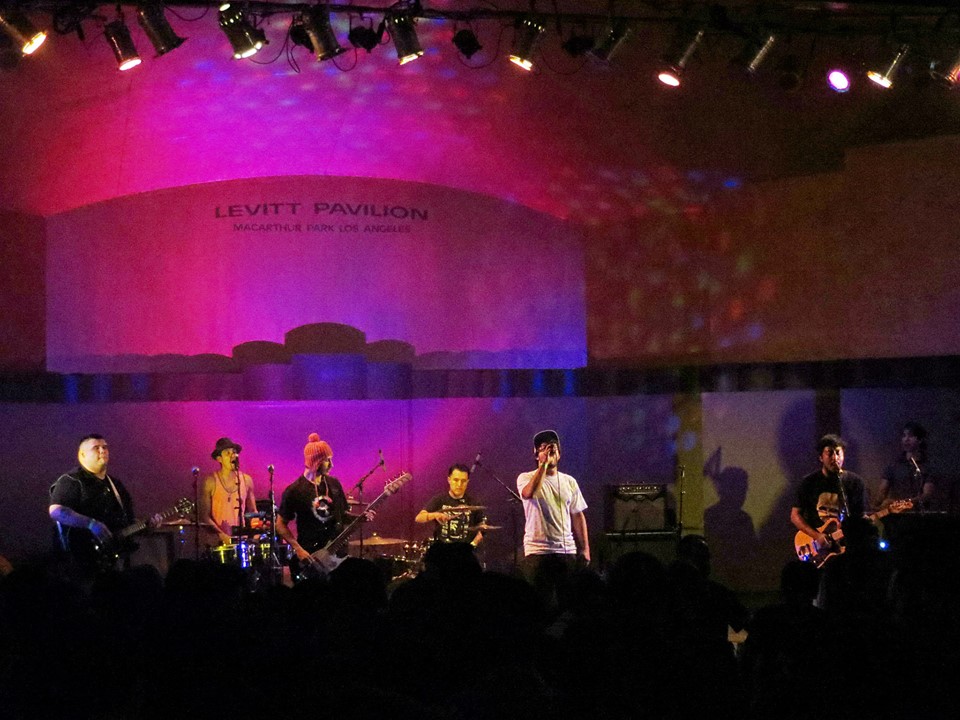 A Night of Ska and Reggae at the Levitt Pavilion

On Friday August 16th, the MacArthur Park Levitt Pavilion became a giant skanking pit with many more dancing around the perimeter to the Alternative-indie ska sounds of Profesor Galactico, the traditional ska/reggae sounds of Red Store Bums and the ska punk hardcore of La Resistencia.

The Levitt Pavilion Free Summer Concert Series at MacArthur Park and Pasadena have always been very inclusive of all kinds of musical genres from children’s programs, blues, jazz, indie rock and now hardcore ska; and we have to tip our hats off to the Levitt Pavilion organizers for allowing this band to play on their stage, as ska/hardcore shows are often misunderstood and many venues refuse to allow hardcore ska bands from performing as they are afraid of “trouble” being created by “skanking” which is simply people dancing around in circles, and yes, there is some pushing and shoving, but rarely are there punches thrown as it often occurs in punk or metal shows.

Drawing one of the biggest crowds of the free summer concert series at the Levitt Pavilion at MacArthur Park is not only a great accomplishment for this ever growing underground ska scene, but it also shows the respect that Evoekore Media and its leader Clemente Ruiz have earned in the Los Angeles music community as they have been able to consistently produce ska & hardcore shows without major incidents.

Prior to the first band taking the stage, Clemente Ruiz took the microphone and reminded everyone of how important this show was to the their musical movement and urged everyone to respect the venue and each other as the success of this event could allow them to hold more events at venues like the Levitt Pavilion.

Profesor Galactico with the L.A. Collective backing him up began the evening with a strong set which showed the growing popularity of his music as the audience not only danced but also sang along. Covers of Manu Chao’s “Machine Gun” and Mike Snow’s “Animal” were some of the highlights of his performance.

With each band, the momentum and energy kept rising and the Inland Empire’s Red Store Bums made sure the audience kept up with the pace as they had everyone skanking to their ska sounds and grooving to their reggae beats.

Coming off their amazing opening set for Panteon Rococó at The Observatory in Santa Ana, a couple of weeks ago, La Resistencia took the stage by storm and took no prisoners as they took the energy level to new heights and the skanking pit grew even larger.

The success of Friday night’s concert at the Levitt Pavilion is not only a stepping stone for the this underground L.A. Ska scene, but it showed that these are talented musicians and magnificent stage performers who were able to turn this MacArthur Park into musical haven where everyone had a good time and without any major incidents.

Yo Quiero Mas Cardi B+