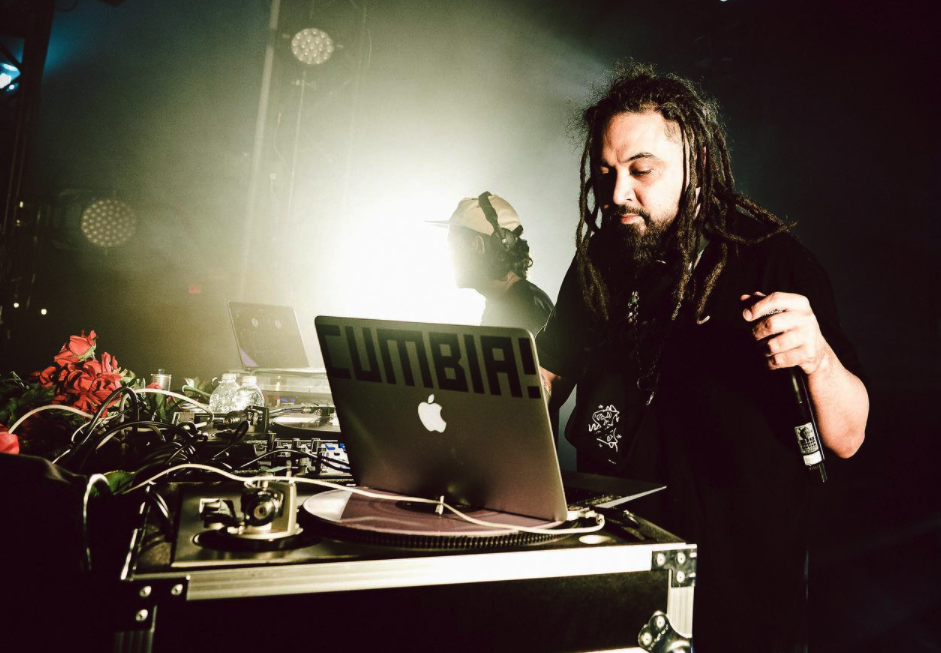 Embedded in the crate-digging and turntablist culture, El Dusty first indulged his vinyl obsession when he inherited a massive record collection from his Uncle. Among the many gems collected over a lifetime was Lafayette Afro Rock Band’s ‘Darkest Light’ record. The notable saxophone riff from the record has been sampled by award winning and chart-topping songs. From Just Blaze’s work on Jay-Z’s “Show Me What You Got,” to Wreckx n Effect’s classic “Rump Shaker,” and Public Enemy’s song “Show Em’ What You Got.”

For this song, El Dusty teamed up with Chucho Ponce & Los Daddys along with his longtime collaborator and fellow producer Mariano Herrera to take the power of cumbia to new levels with Lafayette Afro Rock Band’s ‘Darkest Light’ sax riff. The new track, “Sax Riddim” hits hard on the signature stylings of Chucho’s guitar riffs and equally matched by El Dusty’s crate digging and beat chopping production fused with deep 808 grooves creating their own flavor of cumbia trap. Longtime friends El Dusty, Mariano, Chucho Ponce & Los Daddys have always found themselves in the studio for a session or two whenever Los Daddys were on a U.S. tour. Out of these sessions the instrumental “Sax Riddim” was born and recorded at El Dusty and Mariano’s studio Produce Sound Studios in Corpus Christi, TX. The classic sample laid the groundwork for the tune and named itself with Chucho Ponce adding in Jamaican/Sonidero styled toasts.

El Dusty comments, “This is the first time I’ve cleared a sample as big and familiar as ‘Darkest Light”. I hope that we can hold up to the many classics that have been made from this tune. As a crate digging producer, there is a certain unspoken rule to sampling songs that have been used before, and if you do it, it better be good.”

The new single is out on the tastemaker imprint Americano Label and is part of a year’s long worth of releases coming from El Dusty & the homies.