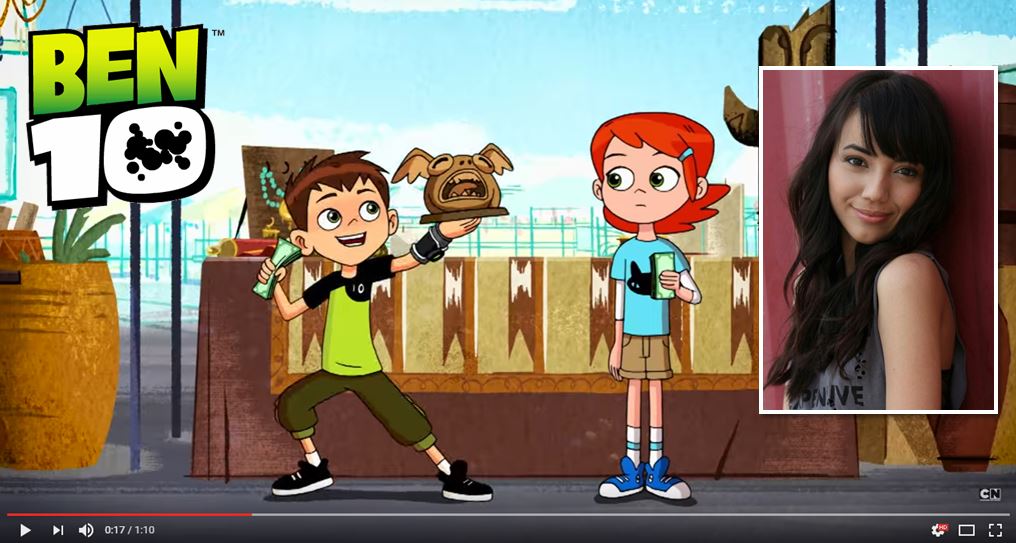 Kids, parents, and anyone who grew up watching BEN 10 are in for a treat.  BEN 10 is back on the Cartoon Network as of Monday, April 10th. Children of all ages will enjoy the action-packed, humorous adventures of Ben Tennyson. This 10-year-old boy who discovers a device that can turn him into 10 different alien heroes, most with witty names. Ben, his Grandpa Max, and his cousin Gwen stop bad guys.

Find more information on the show as the Young Texas-born Jane The Virgin star Montse Hernández will voice Gwen.  This Mexican-American actress, singer and writer is founder of a charity called Special Love, whose mission is to support children and adults with disabilities, and supports Union Rescue Mission for the homeless. She has appeared in popular TV series such as The Night Shift and Colony. Last year, she had her feature film debut in Lowriders, alongside Eva Longoria and Academy Award nominee Demian Bichir.

Ben Tennyson and his relatives have been the main characters of several different TV shows and films. They all have very cool theme songs, some of them with a ska or punk feel, and the new Cartoon Network show will certainly be no exception. Tune in starting Today!