“The series was a unique and unforgettable experience where I discovered my passion to act, and it also taught me a lesson that I will carry with me all my life” says Darkiel about the opportunity to have been the main character of this Netflix’s production.

The singer of “Vestida Preciosa,” whose videos add up to more than 346 million views combined on YouTube, shows us once again his versatility as an artist; he is not only an excellent actor but is also considered one of the new promises of the urban genre. On March 13, Darkiel released his latest single “Me Siento Bien” with Shaggy and Maffio which became a positive anthem to fans during the difficult times the world is experiencing. Its official music video already has more than 12 million views on YouTube. 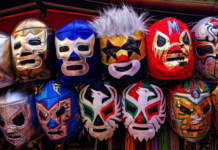 Artist Spotlight: Meet OMAR APOLLO Who is Taking Over SXSW with...