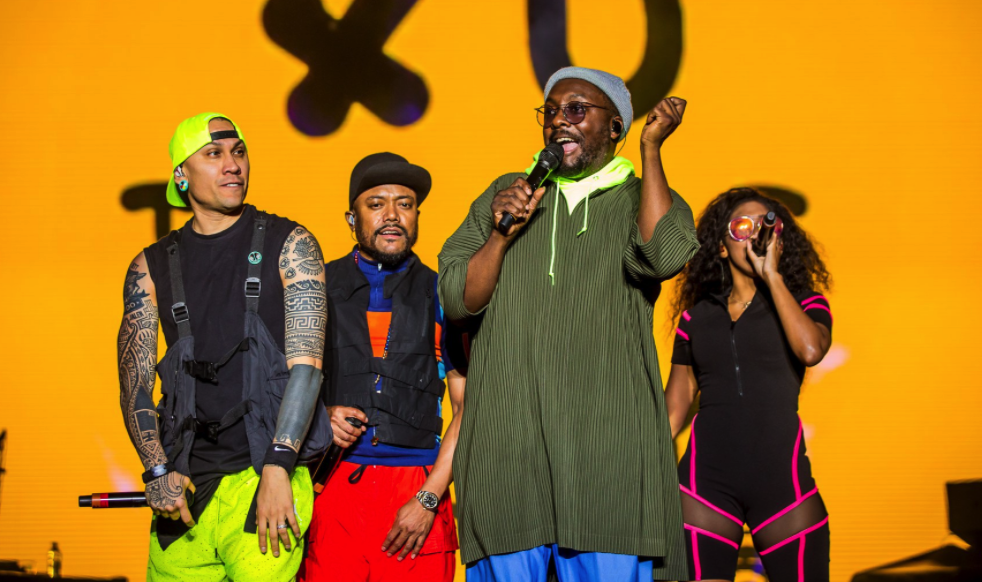 The Black Eyed Peas is a groundbreaking band that redefined the past decade. Their hip-hop-based sound marked a generation with hits like Let’s Get Started or Where is the Love.

The creative mind of Will.I.Am led the group to move between different genres and make great pop music anthems. If Will.I.Am was the mastermind behind the band’s success. We can’t deny Fergie was the face and voice of the gang.

Fergie was that extra spice that took Black Eyed Peas’ productions to another level. We remember their fun bars in My Pumps or their powerful vocals in songs like The Time (Dirty Bit).

The band’s career is long and full of hits. But in 2020, the remaining members had to prove that there was a future for the Black Eyed Peas without Fergie.

In TRANSLATION, The Black Eyed Peas delves into danceable and frenetic sounds, with a profound Latin influence. The cultural exchange between the English and Spanish language inspired the album’s title.

This record proposes a blend of hip-hop, dance, and Latin rhythms like reggaeton and dembow. TRANSLATION is the perfect party album. It’s a shame we can’t enjoy it all at the club, as it was meant to be heard.

Since we heard RITMO featuring J Balvin, we knew it would be a worldwide hit. Will.I.Am, Taboo, and Apl.de Ap were ready to conquer the charts along with the Colombian star.

The sample of the 80s hit Rhythm of the Night gave the song a recognizable identity that managed to captivate and make us dance immediately.

Within the album, we find great songs like NO MAÑANA, which includes the collaboration of Dembow legend El Alfa.

One of the most impressive moments of the whole album comes with Shakira’s intervention. The Latin legend gives us a playful and sensual performance in GIRL LIKE ME. Her high-pitch, almost arabesque vocals are impossible to forget once you hear them.

Becky G adds a little more of girl power in DURO HARD. Additionally, J. Rey Soul collaborates on different songs, serving as a kind of replacement for Fergie. But we all know no one can replace The Dutchess.

Overall, TRANSLATION is a thoroughly enjoyable album. The Black Eyed Peas managed to channel the Latin sound and exploit its full potential. Fergie’s absence was almost imperceptible, as the album was full of great collaborations. Many of these collaborations carried the song completely, as in Ozuna’s or Shakira’s track.

We are intrigued to know if Black Eyed Peas will make Latin music their new brand, as this album opened the doors to a new audience. And despite not reaching the impact they had in their best years, the band managed to get millions of plays on Spotify.