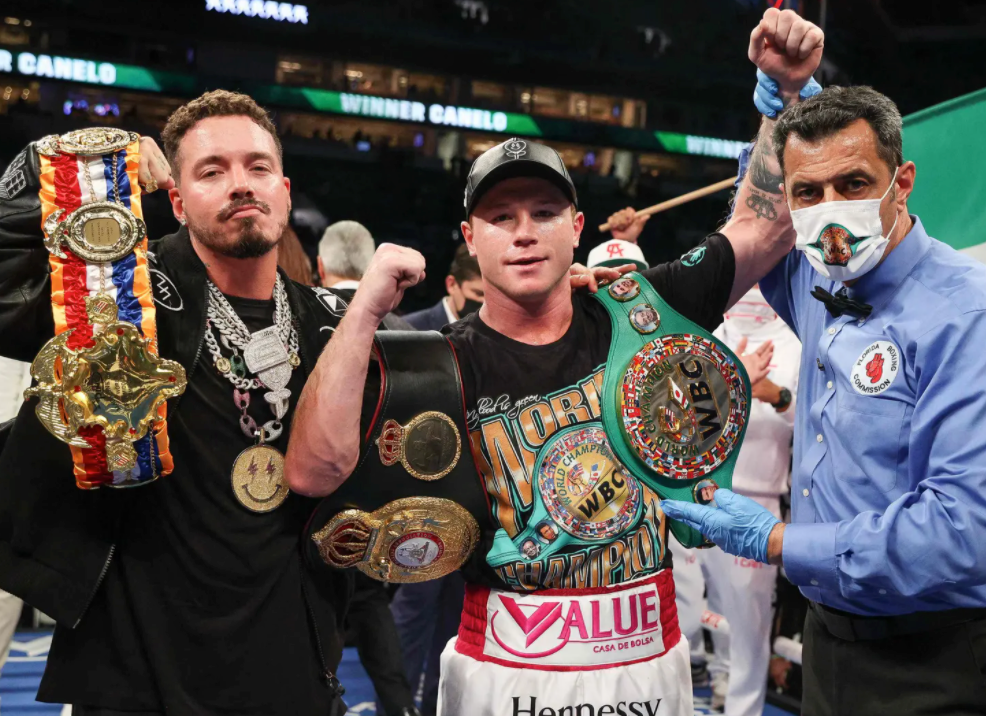 Last night, J Balvin releases the first new song from his forthcoming album. “Ma G” was unveiled earlier this evening when Balvin accompanied his friend and the world’s #1 ranked active boxer, Canelo Alvarez, to the ring of the highly anticipated Alvarez/Avni Yildirim fight, while performing “Ma G” for the first time and blazing through the halls of the Hard Rock Stadium in Miami.

“Ma G” takes on the profound themes of identity, origins and gratitude, as well as provides a reflection on Balvin’s journey from the streets of el Barrio Castilla in Colombia to global superstardom and pop culture icon. And the way Balvin is choosing to give the world the first taste of this new track is incredibly symbolic as well. The solidarity and strength of the global Latin movement is highlighted by the image and camaraderie of Balvin and Canelo, the “prince of reggaeton” and Mexico’s reigning boxing world champion, connecting as two titans of modern Latin culture. “Ma G” is a return to the Colombian superstar’s rap roots and its accompanying video showcases Balvin’s return to the barrio that raised him in Medellín.

“Ma G” is Balvin’s first release of 2021 and his first single since “UN DIA (ONE DAY),” his collaboration with Dua Lipa, Bad Bunny and Tainy. 2020 also found the global superstar selected as one of TIME Magazine’s 100 Most Influential People alongside fellow cultural titans and change-makers such as Bong Joon Ho, The Weeknd, Kamala Harris, Tyler Perry, Megan Thee Stallion and more. Additionally, Balvin collaborated with McDonald’s on a signature meal and headlined a virtual Fortnite concert, released an instantly sold-out signature Air Jordan 1, won Top Latin Album at the Billboard Music Awards for ‘Oasis’ alongside Bad Bunny.

J Balvin is one of the most consumed multiplatinum artists today. He has over 48 billion career streams and more than 55 million monthly listeners on Spotify, making him the most-listened-to Latin artist on the platform and the sixth in the world. His influence and reach transcend cultural boundaries; Balvin is VEVO’s most-watched artist worldwide and the #1 global Latin artist on YouTube, Spotify, Deezer, and Shazam.

Kinky at the Luckman Arts Theater