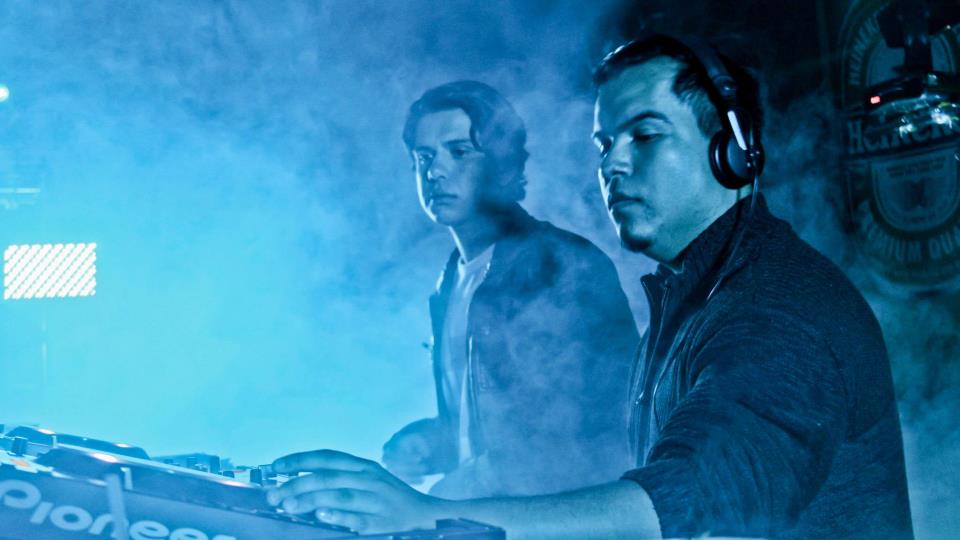 As the world becomes smaller and music becomes more globalized, Latin music’s vast influence has become undeniable. J.Lo and Shakira captivated the nation with their Super Bowl Half Time performance, and Luis Fonsi’s “Despacito” continues to reign as most played video on YouTube of all time.

Now, EDM is having its moment in the spotlight. Here are four Latin DJs and producers we’re keeping on our radar this summer:

Lucas Lorenzetti, aka Santti, is new on the scene from Tangará da Serra, Brazil, and has already collaborated with the likes of international acts Banda Eva, Cat Dealers, and Vintage Culture. His raw talent and bumpin’ tracks have landed him on the roster of some of Brazil’s biggest festivals like Xxxperience, Laroc, and Rock In Rio.

Jay Blakk and Kiko Deal make up Climbers, a duo hailing from the Baja Cali city of Mexicali. Dubbed as “future stars” from BBC’s Pete Tong, and recently signed to Om Records (past artists include Kaskade, Wolfgang Gartner, and Bassnectar), Climbers have captured the attention of the EDM community with their fresh take on classic house sounds.

Despite having been on the scene for over a decade since his first release, Pablo Fierro continues to evolve his sound and remain on top of a new wave of electronic music. Born and raised in the Canary Islands, his music is defined as tropical, electromagnetic, and powerful.

From Guayaquil, Ecuador, this young producer is all about the underground scene, sharing dance floor deliriums of techno, dub, psychedelic, and low-frequency sounds. When she’s not in the DJ booth, Daniela plays guitar, drums, bass, and piano, which she utilizes in her soundscapes, live and “in the box”.

Who we missed? Drop us a note!

CIENFUE Recently Introduced the 11th Track of “Life in the Tropics”...