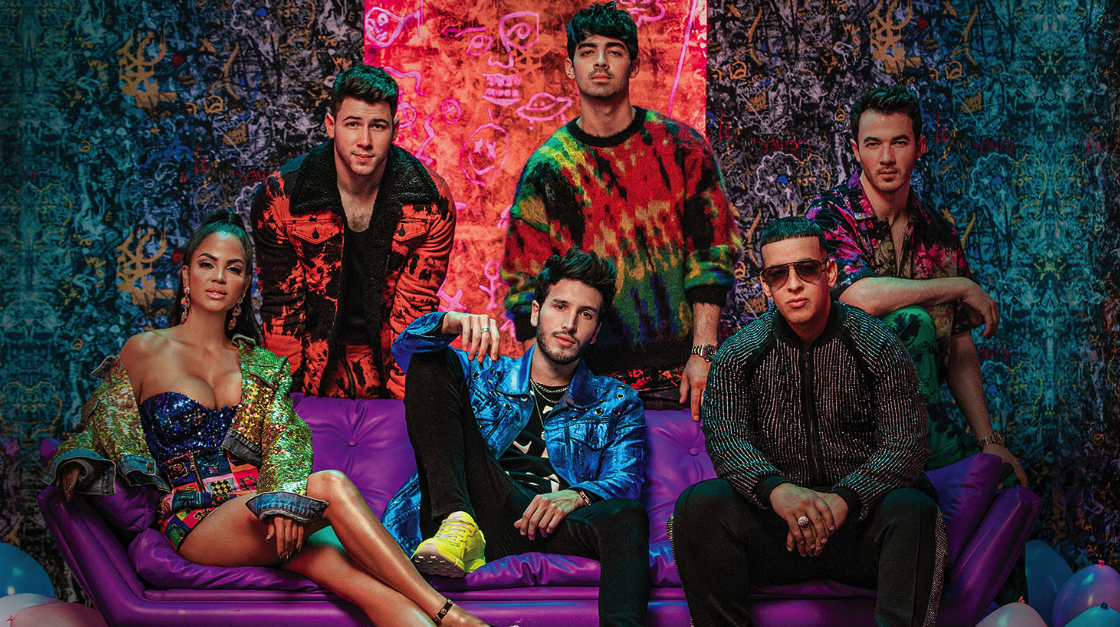 This song bridges the gap between Puerto Rico, Colombia, American pop, and the Dominican Republic. “RUNAWAY” is an electrifying tune that premiered worldwide with MTV’s ‘First Look’ on their Times Square billboard.

With the track’s seductive rhythms, unique sounds, and extraordinary melody, “RUNAWAY” is one of those tracks that will undoubtedly redefine the current international pop scene.

“Runaway is a powerful song, full of energy and color. The collaborations are a dream come true, Jonas Brothers, Daddy Yankee and Natti Natasha. I’m very grateful to each of them and I hope to connect with people of all ages; it’s a song for the whole family.” – Sebastian Yatra

“ When the opportunity came about to work with Yatra, Natti, and Daddy Yankee it was a no brainer. We love Latin music and are so excited for the fans to hear us on our first Latin feature!” – Jonas Brothers

“I was in the studio in Puerto Rico and as soon as I heard it, I said “I have to be on this track!” – Daddy Yankee

“It is very exciting to see the way each artist’s different style, musically and their cultures, are merged into one song.It is a song that reaches different age groups, its flirtatious, sexy and summer fun. It is always a pleasure to collaborate with artists like Daddy Yankee, Sebastian Yatra and the Jonas Brothers” – Natti Natasha

Sebastián Yatra has been flying high since the release of his second album, Fantasia, which debuted at No.1 on the Billboard’s Latin pop chart. The multi-nominated Latin GRAMMY award artist, Yatra, boasts an upward of 7 billion views on YouTubeand 3.5 billion streams on audio platforms with hits such as, “Un Año,” “Cristina,”and “Ya No Tiene Novio.”

“RUNAWAY” marks a new cycle for Yatra, which highlights his power as a bilingual star of international reach. The music video’s overall inclusive representation ensures “RUNAWAY”will undoubtedly become the next viral phenomenon in music.